Our team
Become a customer

Working at global sporting events for over 10 years

The Accord - Driving the Game team is continuously focused on quality and efficiency. Our team is professional, prompt, vetted, uniformed, and trained according to events’ specific needs.

Each of our clients has unbeatable access to reliable on the ground staff, a transport manager, and experienced drivers. Our skilled dispatchers work with your Team Leads, offering a direct connection with drivers from a centralised location.

Our clients love our comprehensive, thorough approach, because we think of everything in advance, and leave nothing to chance. The Accord - Driving the Game team can cater to every need, manage bookings, and ensure prompt, appropriate transport around the world. 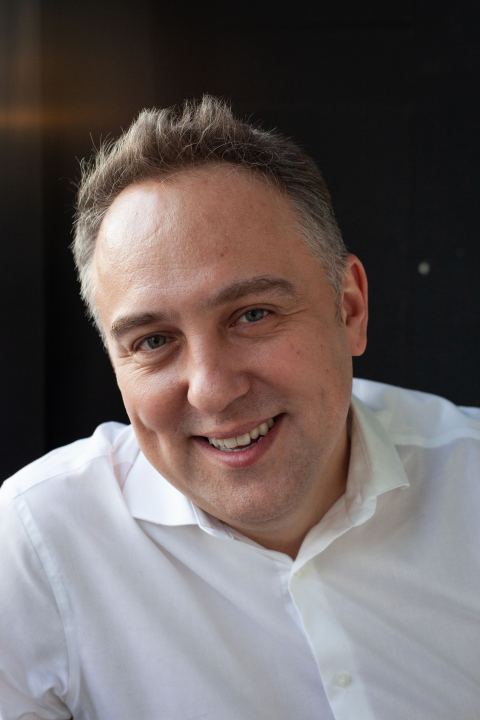 The company’s founder and “main engine”. Alexey started working at the passenger services in 2006. One of his rides became a jackpot for him. He was meeting a lady at the airport, and when she arrived, her luggage appeared to be damaged. Of course, Alexey couldn't leave her in trouble. He helped the lady with her papers and made sure everything was ok, then drove her to the hotel. Later, it turned out that the lady worked in General Motors. She happily put the word in for him and thus, that meeting opened him the way to the big events. Alexey caught his break and now he is the owner of the transportation company which has helped thousands of clients to catch their planes, trains, or just arrive at the event as scheduled.

Before creating his own company, Alexey was a lecturer in a university. He was teaching management in theory, and now he’s more of a practitioner. Alexey likes to meet new people and never misses a chance to hire professionals for Accord. He also pays attention to new technologies, useful ones are always a ‘yes please’ for him.

Accord is Alexey’s second family and clients are his friends. He says that the best reward is when people come back and bring their own friends with them. That means they liked the service and the quality, and that’s what Alexey is most proud of. How to make it all happen? Just let the professionals do their best, says Accord’s founder. 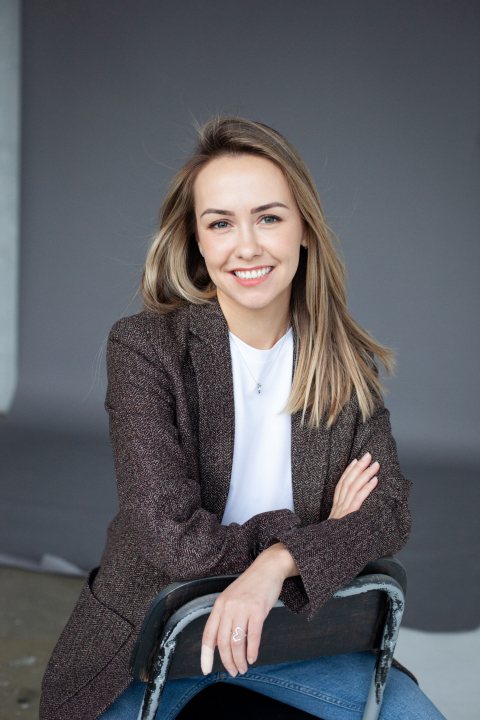 Nadya used to be an office worker with her 9-to-6 schedule in one of the Big Four firms, but she felt like a fish out of water there. Everything changed after she decided to be a volunteer at the Olympic Games in 2012. The Olympic spirit and the atmosphere of the event enticed her so much that she joined the Olympic Committee team. And after the Olympic Games in Sochi, she got into Accord. One event followed the other: races, Olympics, football cups… Each of them was like a breath of fresh air for Nadya and she felt like she was finally in the right place.

Nadya pays attention to every detail, even the least remarkable one, and figures out the solution in every situation. Her motto is “Do the best or just don’t start”. She says that there’s nothing special: just do everything on time and take the headache of your customers away, and all will be fine. It surely works.

Nadya likes traveling: for example, she climbed Mount Kilimanjaro, had a picnic on a French beach, and went hiking in the Amazon rainforest. When she goes to a new country as a partner researcher or just a visitor, she tries to learn some words from the local language just to understand people better. 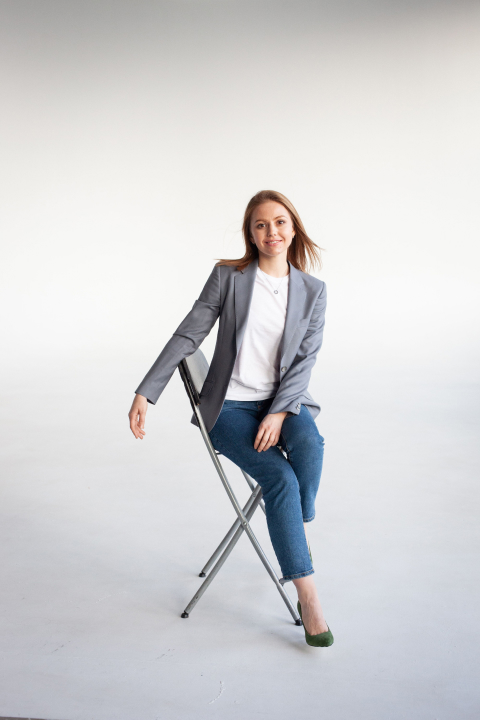 Julia is a manager who remembers literally everything. She is excellent at communication and negotiation — of course, always at her clients’ side. Her troubleshooting skills are off the charts. Like a wizard, she can solve a problem even before it appears. She maintains the balance between clients’ needs and their budget, and she is not scared by any challenge or deadline. Her life is a highway to success.

Julia says she’s “in her dream job”. According to her, she came to fruition. “Every event makes me happy, gives me more knowledge, more friends, opens new doors, and gives me priceless experience. I really love what I do, and I love this adventure that I am on and I hope it continues for a long time”.

Apart from her spreadsheets and vehicles, Julia likes cooking for her family and friends — and for Accord ones as well! She’s the kind of girl who comes to visit a friend and casually makes dinner for everyone. 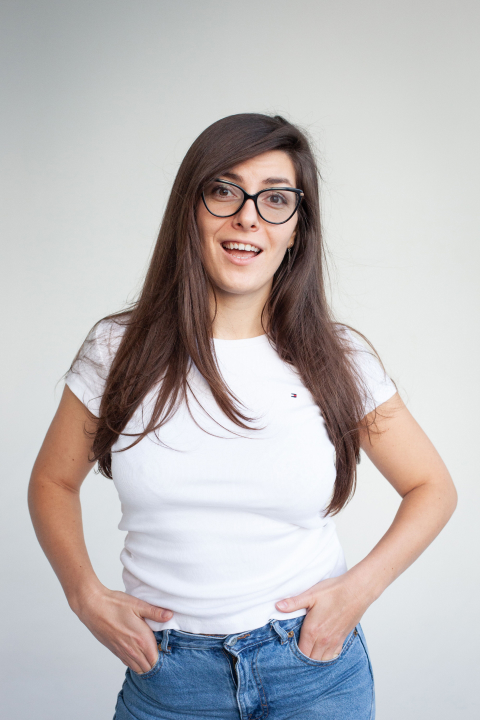 Kristina has been working for Accord almost since the company’s foundation. She got her job in 2007 when Accord was so small that it would be enough for the company to rent a 20 m2 office to accommodate all the employees. Now, Accord has grown worldwide, and Kristina’s experience has grown as well. She started as a dispatcher and now her job is to implement new technologies. She enjoys the sense of belonging to Accord which is something more than just a job for her. And she likes attending various sport events because she likes sport in general: she plays tennis, enjoys snowboarding and runs marathons.

She jokingly calls her work a battle — the battle for the quality of service where she and her colleagues are on the side of good. Being a transport manager may be challenging, but every nut can be cracked. Kristina is convinced that passenger service is about flexibility and teamwork. “If you have the right people on your side, you can withstand any battle”, says Kristina. “If you choose the Accord team, the battle is already won”. 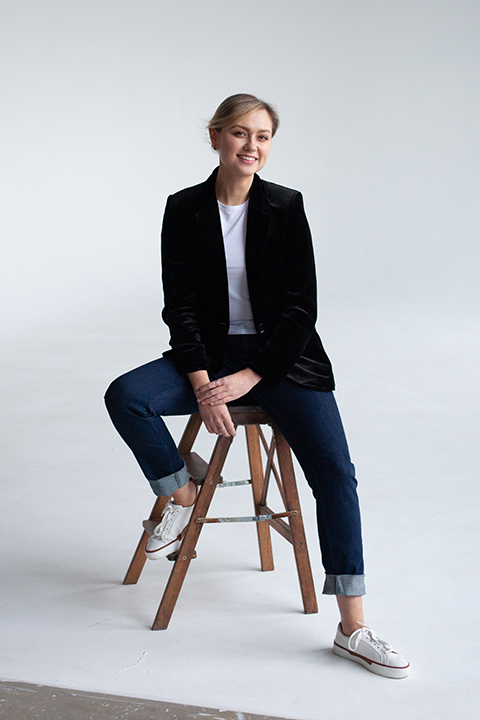 Yulia started working with international guests when she was a university student: she participated in international conferences and used to be a volunteer in different projects. Her first job was as a VIP hospitality manager — she had been working with foreign guests in her hometown for several years.

In 2013, Yulia changed her job and got into the Olympic Organizing Committee, so she knows the Olympic sports life inside out. She says that the key points in her work are communication, planning, and the ability to adapt to changing environments. Yulia is always “on alert”, so if something doesn’t go as planned, she’s ready for action.

In her free time, Yulia enjoys horse-riding. She says it gives her a deeper understanding of a true partnership and trust that can be easily applicable to her daily work. Her other hobby is traveling which is partially backed up by her job. Being a part of the international company gives Yulia a lot of opportunities to look into different traditions and backgrounds. “It is so great to meet new people who share their customs, knowledge, and experience. By learning from them, I’m growing myself”, says Yulia.

Evgeniy joined the Accord team in 2016, and his professional growth was incredibly fast due to his soft skills. He was hired as a customer support manager and, at first, he thought it was a part-time job. But shortly thereafter he changed his mind.

In 2017, while preparing for Confederation Cup, he got his first promotion. The second one — just before FIFA 2018. Then, while the team was preparing for the event and every day kept bringing new brain teasers, Evgeniy showed himself as a great business puzzle solver and eventually got the third promotion. He became head of the corporate segment department — at the age of 23!

Since then, he has been constantly searching for new opportunities for the company to expand. Nothing could be done without the team, says Evgeniy, and there’s much more to do in the future, but with Accord, it is possible to handle anything.

Evgeniy enjoys his free time writing a book. It’s a detective, and the author takes inspiration for the characters from his colleagues. Evgeniy also likes cooking: his specialties are charlotte (a kind of an apple pie) and oriental-style beef.

This website stores cookies on your computer. These cookies are used to collect information about how you interact with our website and allow us to remember you. We use this information in order to improve and customize your browsing experience and for analytics and metrics about our visitors both on this website and other media. To find out more about the cookies we use, see our Privacy policy